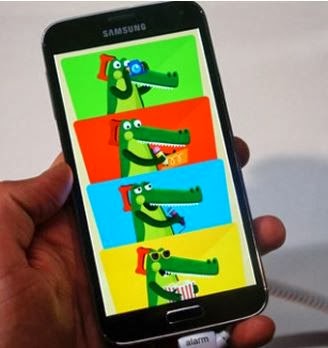 The look of the Samsung Galaxy S5 has been much-discussed. Some thought that Samsung would make a metal phone, but the new model is still good old plastic.

It's more conspicuously plastic than the Galaxy S4 too. There's no fake metal finish on the back this time - just the silvery sides - and the back has a texture of little dimples to give it a bit of extra grip, and a different look from the previous Galaxy S phones. Samsung calls it "modern and refreshing", and it comes in four shades – blue, gold, white and black. Don't buy the gold version, it looks horrible.

This is no great departure, though. The shape is similar, the weight is similar and it's just a little thicker at 8.1mm thick. It is a bit longer, though, which is likely down to all the extra tech Samsung has crammed in. Unlike some of this year's top phones, the soft keys and clicky select button remain, which won't have helped.

The Samsung Galaxy S5 is certified to the IP67 standard, meaning it can be submerged in water and is completely dust-proof. As ever with mobile phone water-resistance, this relies on the seals being in place. And Samsung does not recommend submerging it.

The one sealed port is the USB port on the bottom, and its flap is much larger than you might expect. It's a USB 3.0 port, not the usual microUSB type. It offers faster data transfer, and faster charging when used with a computer's USB 3.0 socket. However, it's also a good deal bigger than normal microUSB. You can use regular microUSB cables in the socket, though, so there's no real convenience issue. It just looks a bit weird. 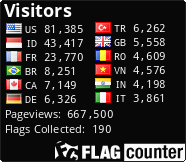