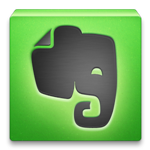 Evernote is one of the premiere note taking apps on Android and it's getting a big update today. Version 5.8 improves support for notes made on other platforms and brings some new features to the Android app.
Several of the features in this update were previously available in the beta release, but here's the full changelog from the new public version.